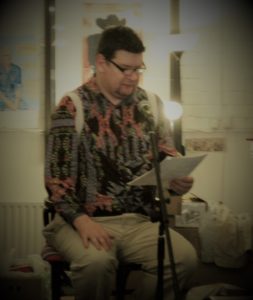 You should write a book!

How often is that said to people? Countless times, I suppose. In my case it has been said to me sincerely, by dear friends who have read and heard my poems and have been pressing me to put together a collection.

The smell of a newly-printed book, with its shiny cover and as yet un-thumbed pages, is the spirit that fuels the creative engines of many a putative writer; it is their dream to feel of the weight of that book, with their chosen name upon it.

But a collection of poems by a previously unpublished poet is rarely welcome on a publisher’s desk. There is likely to be little commercial interest and, frankly, these companies are not in the business of being charitable. Thus, for many poets, alternative means of publishing their work have to be sought; self-publishing has emerged from the purdah of ‘vanity press’ to be a real and legitimate option. With advances in information technology the means of production have become more diverse and also more accessible to the individual.

I became conscious that I had many poems sitting in burgeoning files on my computer, enough to warrant two collections at the very least; but drawing them into a coherent collection would be problematic.
I have read many books of contemporary poems. Some rely on a personal and distinct voice, which may be described as ‘first-person confessional’; others are based on the lived experience of the author and have the Blue Peter badge of ‘authenticity’.

They emerge out of the ether and they ‘possess’ my own self and inhabit me, in order for their story to be told. It is like I am being held hostage. I do get some strange looks from folk when I say this – but other writers have this proclivity too. Thankfully, I am far from unique. My role as a poet is to craft these stories into a form which reflects the narrator’s personality and something of their ‘truth’. There is an inherent tension between the poet’s craft and the insistent demands of the narrative voice.
I guess that my way of writing inhibited me somewhat in compiling a collection, because there was no one voice, theme, or coherent narrative. It took a while to realise that what brought them together was their very diversity, and that the chisel-marks of the poet may be perceived in the language and humanity of the works. My first anthology is thus entitled Neither Fish Nor Fowl, a line from the English Middle-Ages which also may be applied to the Author – describing something that defies categorisation.

There is, as yet, only one physical copy of the anthology, one that I printed out and placed in a folder. I think that by giving it this physicality, it become more tangible; providing an imperative to produce more.
My task for this forthcoming year is to make serious steps to bring the publication to fruition.

It will be hard work promoting and marketing it; there is no good printing books only to have boxes of them cluttering up your living–room; they have to get out there – into the real world.

The time for shilly-shallying is over; I am looking at the options for both digital and print versions.

Watch this space, because a new book – my first anthology – is in gestation and may see the light of day very soon.