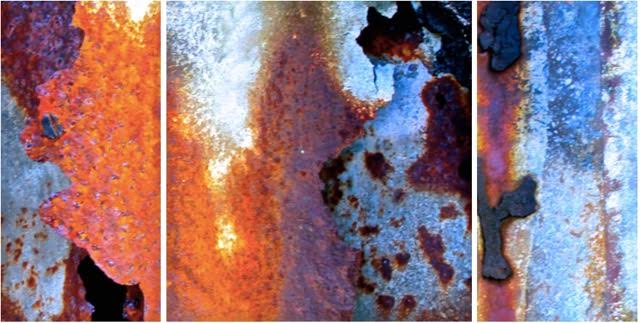 Richard Pierce has always been a painter. Born into an old Enniskillen family of builders, he was encouraged in the Arts throughout his childhood. He first took up photography when he was 16, recording family and friends, buildings and landscapes. It was his father’s wish that he become an architect, being a more secure profession than that of an artist, but he continued to paint throughout his long and successful practice. His paintings are naturalistic, mainly landscapes, but with a confident, at times Fauvist use of colour and unusual composition, and his photographs soon became equally adventurous. When he lived in New York during the 1960s and 1970s he visited many galleries and museums and became fascinated by Abstract Expressionism, yet never adopted it as his personal style of painting, fearing that it might be seen simply as an affectation.

But his taste in paintings continued to influence his photography (he was never consciously influenced by the work of other photographers) and aroused the admiration of friends such as Hellen Lanigan Wood, then curator of the County Museum. Now, nearing 75, he finds himself with a second career that seems much more natural and makes me happier than I have ever been in my life.

His current exhibition in the Hambly and Hambly gallery at Dunbar House runs to the 21st of April  features three distinct styles:

In the passageway of this Georgian basement (still featuring the bells once used to summon servants)  are what he calls his woodcuts with a camera. These are views of a busy square in Helsinki in rain and darkness and under security lights, taken with a long exposure. The richly blurred and strongly monochrome result was enhanced by the creamy art paper and velvety ink. 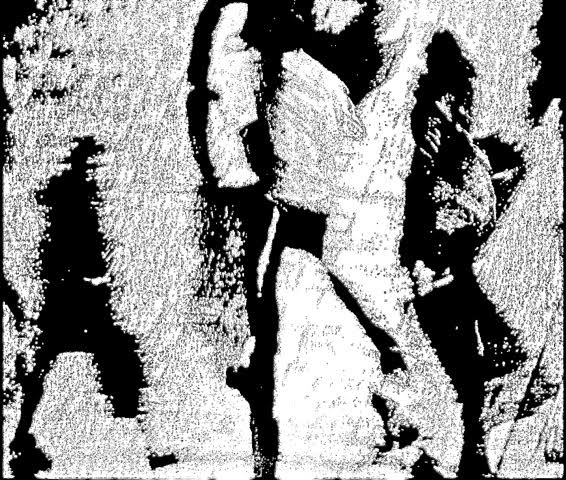 One room is dedicated to surreptitious portraits of people who caught his eye, taken with a telephoto lens. They include beggars, drug dealers, and devotees of Art. He has an instinct for the bizarre and slightly grotesque. In 2016 he sent some to Noordbrabants Museum in Den Bosch which was celebrating the 500th anniversary of Hieronymus Bosch, and was delighted to learn that they had been hung in the staff room.

I see the world through a camera, he says, but with a painter’s eye. This is seen most clearly in the abstract triptychs that make up the bulk of the exhibition, where colours and shapes defy ready interpretation.  The effect comes not from any darkroom trickery, but simply from knowing where to look; at the detail of a rusty tin roof in the featured image or, above, not directly at a blue boat but at its reflection in the water. The triptych form came about by accident when one client ordered a print to large to be carried into his house in one piece, but it has developed into a format of its own, where three different parts of the same original are in conversation with each other.

The results are all the work of one discerning and well-educated eye directing the camera at what is otherwise disregarded, yet they are reminiscent of a wide range of artists: from Miro, to Jack Yeats, to Hopper, to Bacon, to Richter.

You don’t believe me? Go and see.