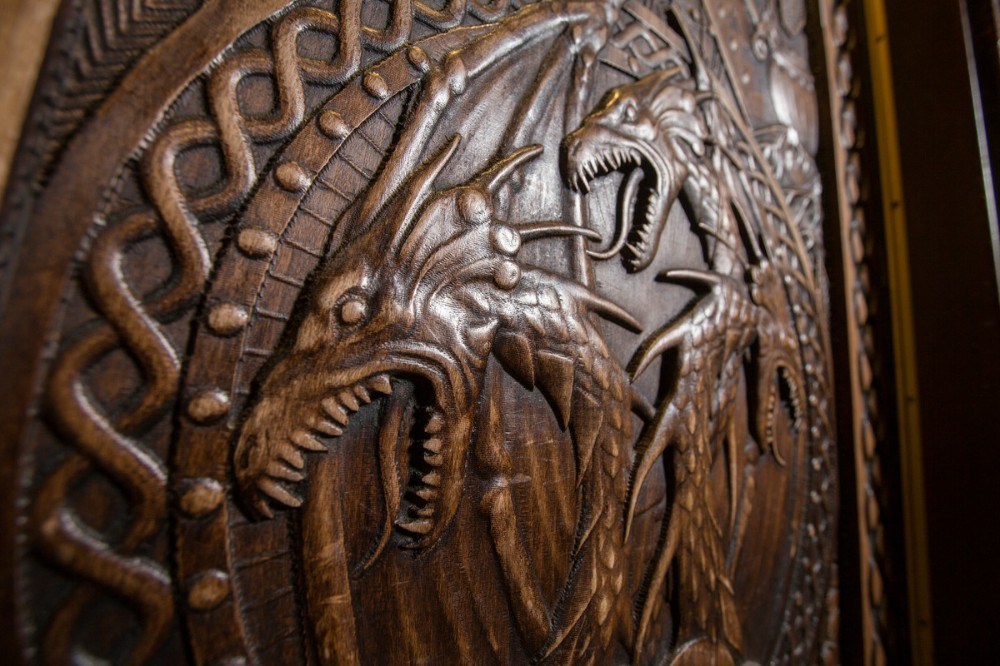 And what a great watch it has been! A decade long in the telling of the story: characters we have loved and those we have hated have met their fates; some got what they deserved, many had surprises, others seemed to have been ill-served by the cruel hands of the author. Game of Thrones has been an epic tale, told over many years, both for the characters and the viewing public.

From childhood I read Ursula Le Guin’s Earthsea books and Anne McCaffrey’s Dragonriders of Pern, slavishly following the chronological order in which they were written – testing the patience of many a Librarian along the way. Into my teenage years, I found the likes of David Eddings, Raymond E. Feist and Stephen R. Donaldson and lived half my life in magical lands of swords and sorcery. However, I was unsure whether such outright ‘fantasy’ if televised would attract a mainstream audience. Yes, people avidly follow soaps, despite the obvious contrivances employed, or detective series where the maverick loner always get their men – or women. Actual fantasy with swords, magic and dragons was generally considered to be largely enjoyed by nerdy loners who spent far too long living at home with their parents.

Game of Thrones broke so many moulds that the rules of television have come to have been re-written. One of its the signature characteristics was the multiple theatres in which the characters performed; from Winterfell to The Wall; Kings Landing to Dorn and to Marine and the roads, my goodness the roads that led between them, so much of the show could be classed as a ‘road-movie’; characters were travelling hither and thither, exploring the vastness of Westeros and beyond. The characters were intricately drawn and, whether you liked them or not, at the very least you understood them and the reasons for why they did what they did. Their motivations were revealed in their actions and in what they said; there was very little folderol in the dialogue, the spoken word developed the characters and the relationships they had with each other.

A word about the violence: Game of Thrones featured many acts of violence, some quite horrific and shocking and gruesomely realised on the screen; but in the context of the situation that the characters found themselves in, they were never without a reason, however dark and disturbing the justification. I have never enjoyed the mindless shoot ’em ups of many a Hollywood action caper, nor the reflexive shock and gratuitous gore of horror movies; nor have I ever indulged in the dubious pleasures of explicitly violent electronic games. I have always felt that the author has to justify the portrayal of violence by the strength of the story and the characters involved; the story or film cannot be used a fig-leaf to shovel inane depictions of violence to its audience. Game of Thrones trod the line between thrilling graphic representation and gratuitous ‘red-meat’ baiting of its audience, rarely if ever, falling the wrong side.

The other issue was the portrayal of sex and nudity; many critics felt there was too much of it and that it was largely from the heterosexual male gaze. In the light of the #me-too movement, we are looking again at the industry that produces much of our moving-images, rightfully asking searching questions of it and the products that are created. I felt that this was a valid criticism, however, placed within the context of the quite demonstrably patriarchal society that is depicted on the show, it was not without justification.  However, it is positive to note that Game of Thrones has produced so many incredible, complex and strong female characters, like Daenerys Targeryan, Cersei Lanister, Sansa and Arya Stark and Lady Brienne of Tarth amongst many others.

Many critics said that the action in the final season was were rushed; story and character arcs took abrupt pivots and journeys that were shown at length in previous seasons were now curtailed to bring about the denouement. I think that criticism is valid, but you could not help being awestruck at the scale of the logistics involved in the making of the series, to bring the audience the spectacle they craved. A whole army of technical, artistic and creative people was employed over many locations to produce the show. One of the producers commented that they could not logistically take the show any further. If that is a failure, then it is a noble one.

The endeavour to bring such a story to us has been inspirational. For me, as a writer, it always comes down to the story. As Tyrion Lanister said – what matters is not who won and who lost, who lived and who died, it is the stories that were created.

What will follow Game of Thrones? I have no idea. But I can hardly wait.

The featured image is a closeup of the Game of Thrones Door in Blakes of the Hollow, Enniskillen