I longed to be there
before the bluebells calm hue faded
The river burbling its delight
as swallows returned to eaves and byres
But, I vainly waited to be called home.

I longed to be there
before the cuckoo’s call hushed.
The fox pursuing the moon through blooming fields
and the sun shying from its bed.
But, still I waited to be called home.

Now I long to be there
as Meadowsweet’s scent sings in the air.
The tall grasses wait for the scythe
and hares peer above the rustling cloak.
Surely, I must soon be called home.

This poem was inspired by a letter that Francis Ledwidge wrote home in July 1917. He was hoping for leave which was long overdue for his unit after seven months on active service. In the letter, he said that he may be home again soon and added, “In fact, I am only waiting to be called home.” His hope was never realised as he died on the 31st of the same month. 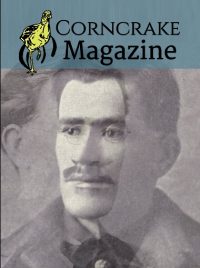