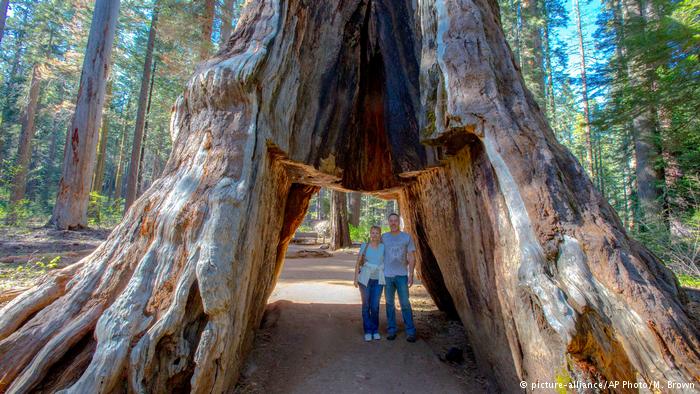 A 2,000 year old Sequoia Tree falls over in the forest and dies. No one heard it fall. It was a famous tree – they even gave it a name, the Pioneer Cabin Tree and carved a tunnel through its great trunk. Yet now it lies in state on the floor of the forest.

On the same day, Peter Sarstedt also died. His song Where do you go to (my lovely)? struck a chord within me when I was still in nappies. I did not know the meaning, had no clue as to the story behind it, but something in his silken voice, with that laconic style he had and the wry happy-sad aspect to it, just took a hold on me.

As I grew older the story-telling aspect of the song became more resonant to me, because that was what I wished to do – to tell stories in verse and in prose. I was seduced by the Continental names it referenced, which to a small boy growing up in South Wales in the 1970’s seemed exotic and exciting.

I think of these two events and at the same time, I think of Kim Jong-Un and Donald Trump rattling their sabres. Like many of the liberal literati, I am filled with despair. The Sequoia tree would have lived through many terrible times and through the terrors of many miserable men like Trump and Kim; it lived perhaps 30 times a human lifetime.

But here is the thing, I don’t think the tree’s thoughts would have lingered long on them, rather they would have savoured the more precious lives of storytellers like Peter Sarstedt and their wonderful creations in song, verse and prose. The root tendrils would have quivered with the plangent sound of the voices, the great branches would sway gently to the beat of the poetic lines, the mighty heart lulled into a dream-like consciousness with the exposition of the story.

A dear friend told me that the man who gave his name to the tree, a First Nation American called Sequoyah.  Although himself illiterate, he invented a written syllabary for the Cherokee language – which has been adapted for many other languages, not just in North America but worldwide. Many of the ancient stories and teachings have thus been preserved, stories to be told to today’s and future generations. No doubt the tree would have heard some of those stories.

The Forest Ranger, a tough phlegmatic woman, noted the tree’s passing as significant. It will not be cut up for timber, but will lie untouched for perhaps another millennium, to become the home for new life. The stuff that it made of itself during its long life, will provide sustenance and nutrients to an uncountable number of creatures. I think she had the right of it.

In the throes of existential angst, especially under the dark umbra of the world’s present evils, we might ask ourselves – who are we and what are we for? The answers lie in our art, our ability to tell stories in the unique way we can, because we are all mortal, our true legacy must be our art, to sustain the souls of those who come after us and to inspire them and their art, in the same way Peter Sarstedt inspired me.