When Fermanagh Writers were first contacted by Owen McFadden, a BBC radio producer working in Belfast, the original brief was for some of our older members to write reflections on their past experiences for a Sunday afternoon programme on BBC Radio Ulster called The Time of our Lives.

I was probably one of the first to pitch in. Being twenty years older than the qualifying age, I wrote a piece called My First Love, about my childhood in war torn Liverpool.

It was all about food.

I was hungry right up until I was sixteen years of age, when I joined the Royal Navy. That was the first time I could ever remember walking away from a table that still had food on it.

When I was selected to take part the next ordeal was to go into the studio in Enniskillen and record while Owen listened in over at he BBC in Belfast.

I found the experience of talking into a microphone while wearing headphones listening to myself to be quite unnerving. It was a bit like talking inside my own head and the result was quite alarming as the headphones boomed while I was speaking. Anyway the recording person soon fitted me up with a quieter pair of headphones and I only had to read through the piece twice before they were satisfied.

At the end of my piece I finished with the line –

My next true love was cigarettes; but that is another story.

I felt that might give an opportunity for a second recording session but so far they haven’t rung me back.

When I listened to the transmission I was quite surprised at how I sounded. On the day of recording I had felt as though I had won the ‘monotonous voice of the month’ award, but it sounded quite good on the radio, apart from my rather odd accent.

I say ‘odd accent’ because I was raised as a child in Liverpool, Glasgow and Limavady in more or less equal portion, and so would claim that I was beaten up in the playground in three different dialects. Kids can be very unforgiving.

Owen realised that there was a wealth of talent in the group and  started to invite more writers to take part, both as readers and as guests. Wayne and Louise Hardman talked about his career as a sports reporter and their handweaving business Wove in Hove; Catherine Vallely about her encounter with a man who kidnapped himself; Trish Bennett about her mother’s obsession with a potato peeler – and there were many more.

So, the whole BBC experience has been good for a number of the writers in the group and Owen McFadden has promised to come down to Fermanagh  give us some tips on how to write for the radio, and perhaps collect some more stories.

Another early memory of mine was remembering seeing a bronze ‘death penny’ on the wall at both of my Grandfathers’ houses which commemorated deaths in the First World War. Neither of the families would talk about them.

It took me quite a lot of ferreting with the help of Natasha Martin at Enniskillen Castle Regimental Museum (another one of Fermanagh Writers) for me to eventually root out the facts.

They were two men who had grown up together as kids in Limavady and had met up again when they signed up with the 10th Battalion of the Inniskilling Fusiliers. They were yards from each other when they were killed on the first day of the Battle of the Somme.

When they died they were no relation to each other, but the nephew of one married the other’s niece – my Mum and Dad.

My mothers’ uncle’s body was never found. His name is on the monument at Thiepval. My father’s uncle’s body was only found in 1934 when the War Graves Commission were creating the long term cemeteries that we know today. So it was over seventeen years after his death that they informed his mother that he was now accounted for.

Bob Baird is a Rotarian, a Paul Harris Fellow and Director of the Westville Family Resource Centre in Enniskillen

Bob’s article about the fate of his great-uncles was published in the July 1 edition of the Newsletter. 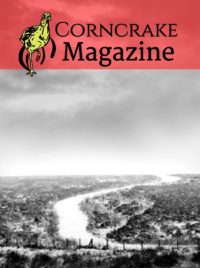