I had thought that the confirmation slap on the cheek was the only remaining ritual to mark the end of childhood. I was wrong. I have recently had the experience of being part of a new coming of age ritual which young men of about 17 years go through. It even has a name – Suiting Up – and it is, as you might guess, the buying of the first formal suit, usually to coincide with a school debs.

Traditionally, throughout the world, females have been excluded from male coming-of-age rituals, but I was allowed access to this one by my son on two conditions: first, that I paid for the suit; and second that UNDER NO CIRCUMSTANCES was I to pick the suit. In return I negotiated a price range acceptable to my purse.

We head first to the jungle of indistinguishable trendy shops, brash, brightly lit places with thudding music. There fragile bird-like girls, their endless thready legs balancing precariously on killer heels, close in on my son. I am left lurking in doorways, waiting for him to be returned to me. He, while clearly enjoying the experience, emerges each time suitless, but remaining confident that – while he does not know exactly what sort of suit he wants – he will know the right one when he sees it.

As we run out of shops, even he begins to flag. Over a coffee and cake fuel stop, I tentatively suggest that we try the town’s old, established drapers. The very thought of it fills me with nostalgia; it was there in the early seventies that my mother had bought me my first debs dress – or, as we called it then, formal dress – a bright pink satin and lace concoction. I think it best to swallow that piece of nostalgia, but am still surprised when he agrees to at least check it out.

We push through heavy wooden doors into the shop’s soothing, silent interior. There are rows and rows of dark suits – where is he to look? Help floats towards us in the form of a man of my own vintage, suited, with a tape measure around his neck, uttering those magic words – “Can I help you Madam?”

I am startled by my sudden visibility.
“This young man is looking for his first suit,” I reply.

I turn and see my lovely son, his potential customer, through his eyes. The six foot plus of his long, gangling frame towers above me, heightened by huge scuffed, multi-coloured skate shoes. His jeans are positioned halfway down his hips with garish coloured boxers on display. His bright yellow t-shirt reads ‘make yourself useful – wipe my butt’.

I then stand back and marvel at a master of his art at work. Without so much as a blink of an eye, he invites the ‘young gentleman’ to come with him as he had just the suit for him. I watch as my son’s face lights up with delight when he sees the suit in question. He quickly checks the price tag and gives me a beaming thumbs-up sign. Shirts and ties then effortlessly appear and diplomatic suggestions are made as to what might go with what. And of course the young man would need shoes. Then the complete outfit has to be tried on. As my son disappears into the changing room my eyes meet those of the shop assistant and for a second, his inscrutability slips, I see a distinct twinkle of amusement in his eyes and we exchange a complicit smile.

No magician’s trick could compete with the transformation that happened in that changing room. In went the awkwardly wrapped parcel of a young, scruffy boy and out came a smart young man, who carried himself with precision – his body organised into the sharp angles of the suit. For those interested in such things – it was a flashy, shiny grey, three-piece suit with a long jacket and drainpipe trousers, a replica of the kind worn by Teddy Boys in the 1950s.

For me though, I saw only (as I blinked back my tears) the certainty that my suited-up son had grown up and would soon be leaving me.

One thought on “Suiting Up” 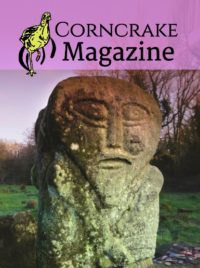